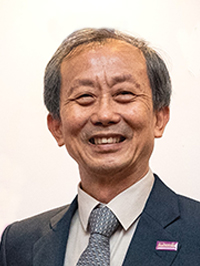 A 32 year career in operations in the palm oil industry covering oil refining, foods, oleochemicals, soap and toiletries. I worked for Unilever, ICI and KLK in Malaysia, Australia, The Netherlands and the United Kingdom. The last two positions held were General Manager of Uniqema Malaysia and Chairman of Standard Soap Co Ltd, UK. I was director in various companies of ICI and KLK. I was also active in industry and professional associations. Upon retirement I advised the ASEAN Oleochemical Manufacturers Group (AOMG) from 2007-19 and well as the Institution of Chemical Engineers (IChemE) in Malaysia from 2007-16.

Currently I volunteer for the IChemE and do some freelance consulting and writing.